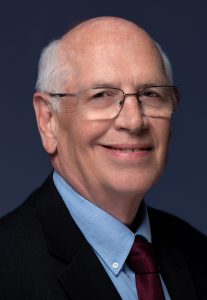 Fred Karnas, RMHF Senior Fellow, has been chosen by the Biden administration leadership in the U.S. Department of Treasury to join their Office of Recovery Programs Emergency Housing team as a Senior Policy Advisor. He began a leave of absence from the Foundation starting in mid-June to accept the administration’s invitation.

In his role at the Department of Treasury, Fred will be helping to oversee the deployment of nearly $50 billion in Emergency Rental Assistance and Homeownership Assistance funds made available through the CARES Act and the American Rescue Plan legislation. The funds are part of the federal government’s effort to minimize evictions and foreclosures as a result of job and income loss due to the COVID-19 pandemic.

Fred was asked to join the team based on his long history and deep expertise working at the intersection of health and housing, housing being one of the key social determinants of health. His role as a Senior Official at the Department of Housing and Urban Development during the Clinton and Obama administrations, as well as his time as Director of the Arizona Department of Housing and the Arizona Housing Finance Agency under Governor Janet Napolitano, prepared him well for this important work at a critical time in our country’s history.

We are proud of Fred as he undertakes this new role, and grateful to him for his ongoing work and commitment to advancing health equity at the intersection of health and housing. Join us in congratulating Fred on this significant leadership role.